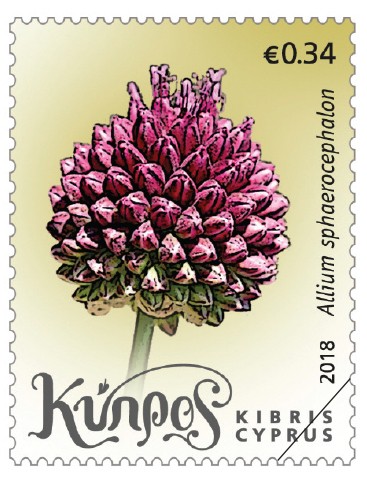 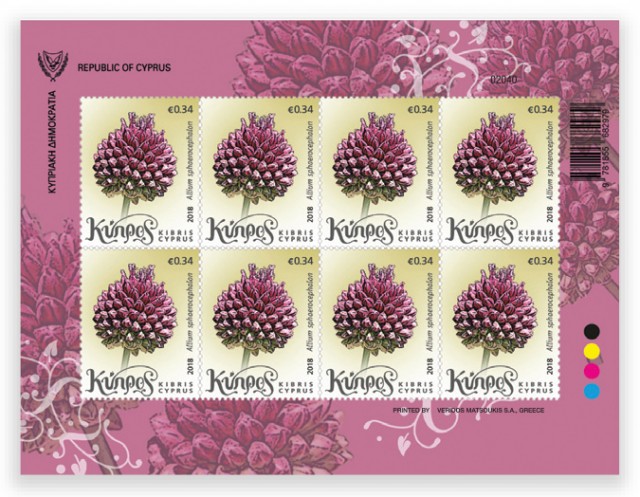 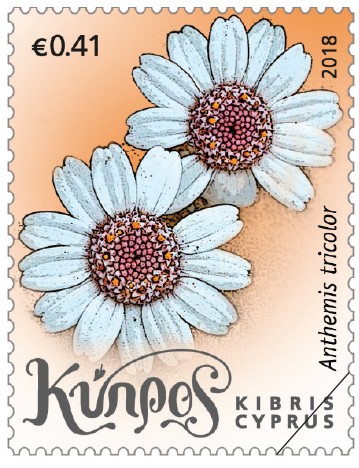 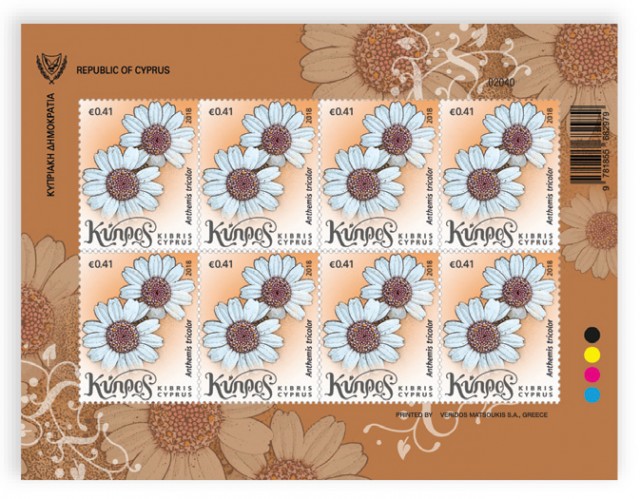 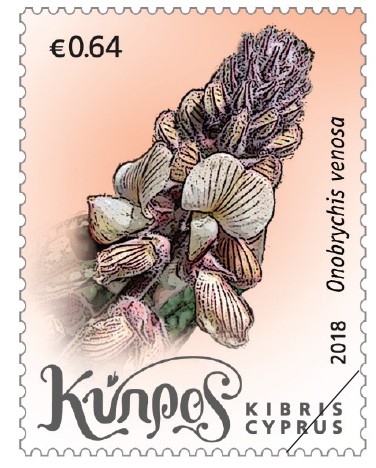 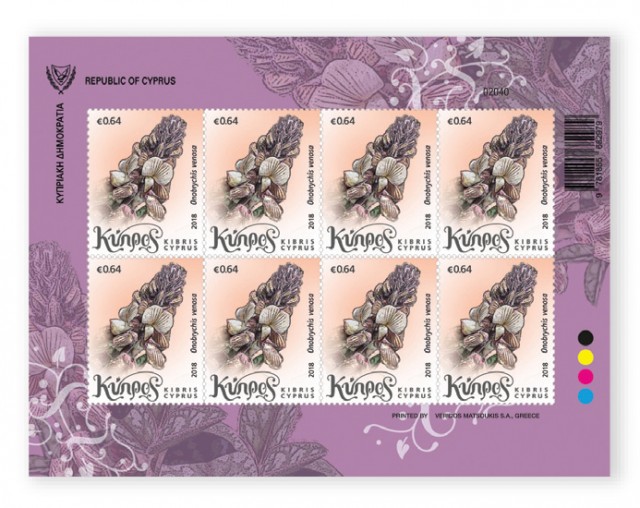 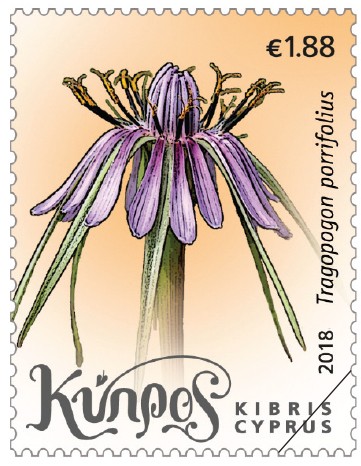 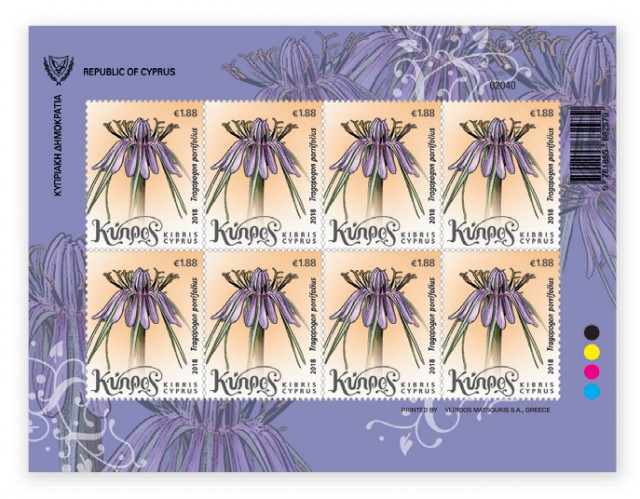 Wild Flowers of Cyprus
Cyprus’s geography and environment are the main reasons why the island has such a rich variety of flora. Today there are 142 endemic species and subspecies, some of which are spread widely around the island and others that grow only in theTroodos mountain range, Pentadaktylos and the Akamas peninsula. Some are very rare and under threat. The Cyprus Post has issued a series of four stamps
representing endemic flora.

Crocus hartmannianus
An endemic, perennial herbaceous plant with corm, it is found in sparse pine forestsat an altitude of 650-1100m. It blooms in January–February and grows sporadically
in the Troodos and Pentadaktylos mountain ranges.

An endemic, perennial, prickly herbaceous plant that usually grows in brushwood, dry meadows and rocky hillsides. It is widespread from sea-level up to an altitude of 1100m. It blooms in June–October.
Centaurea akamantis Endemic subshrub confined only to the Akamas peninsula. It is a very rare plant and cannot easily be seen because it is found in high rock crevices. On the positive side,
it blooms for a large part of the year, from April to November.

An endemic, perennial bulbous herb, it thrives in cereal fields, pastures and open maquis at altitudes up to 300 m. It is restricted to the Akamas Peninsula, the wider are of Myrtou village, between Mammari and Deneia and Karpasia peninsula near Agios Simeon. It blooms from March to April.