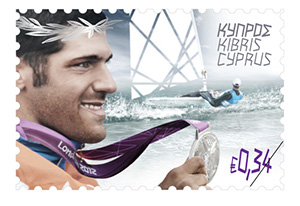 Philately is the collection of postal items eg stamps, First Day Covers (FDCs), seals and is the most common and popular pastime with very long history. It combines the intellectual and pleasure element. Philately has been characterized as the king of hobbies and the hobby of the kings.

The most widely used class of philately, which is considered as the oldest is that of collecting stamps.

Over the years however more categories have evolved such as FDCs, maximum cards etc.

Below we will refer to the main categories of philately and the object each one deals with.

The traditional philately deals with the collection of stamps, souvenir sheets (miniature) and FDCs from different countries.
With the emergence of several new countries in the world and the relatively high cost of collecting postal items from all countries, the need arose to create subclasses, for example, collecting the above items from specific countries or specific regions eg Europe, Asia, etc. It is the most prevalent type of philately.

Philatelic-Postal History
It deals with the collection of used envelopes, postcards as well as parcel packaging material. The main purpose is to study through the collection, of postages, labels and routes.

Postal Stationery
It deals with all postal items bearing seal or any indication that shows that postage has been paid eg sealed cards, envelopes, registered envelopes and recently registered mail aerogrammes.

In simple words, the philatelist collects such postal items illustrating something specific, for example flowers, animals, minerals, etc. These collectors are considered as opportunistic by the Philatelic Services because they do not collect stamps from each issue.

Aerophilately-Astrophilately
In the past, the postal authorities used to issue postage stamps and envelopes for the transportation of mail items by air. Consequently, because of these products a new type of philately developed. Aerophilately involved the collection of airmail stamps and envelopes.
Nowadays this type of philately deals with the collection of postal items issued on the occasion of inauguration of new airline routes or the introduction of new aircraft types.

More recently, as a consequence of the development of space travel, Astrophilately has developed which deals with postal items related to space.

Maximaphily
The purpose of this class of philately is the collection of Maximum Cards. These cards are usually issued by individuals in connection with the release of a new issue of stamps. An important feature is that the stamp is part of or is in connection with the card or detail of the display card. Recently several postal services issue Maximum Cards, to satisfy the interest of several philatelists for this type.

Philatelic Literature
Apart from each stamp issue, postal services and individuals publish different sets of brochures, catalogs with information, journals about new stamps and philatelic books. These publications are therefore the subject of collection of this philatelic category.

Youth Philately
As anyone will understand from the title, this category is related to young people. In this case, young people up to 21 years of age are a unique group of collectors engaged in any of the categories above and they compete with each other.

Revenue Stamps
Although the collection of revenue stamps preceded that of stamps, it has been recognized as a philatelic class last.
Revenue stamps have exactly the same characteristics as the postage stamps as regards the appearance and they are issued by the Financial Services of a State in order to collect taxes on financial transactions.

Mophila
This category of philately deals with modern stamp issues as well as the publications of the last 15 years. The need to create this class of philately has come through the false impression that philately means the collection of old and rare stamps only.

The creation of new independent states and their continuous development is the lifeblood of this kind for philately which is acceptable by many, as the future of philately.