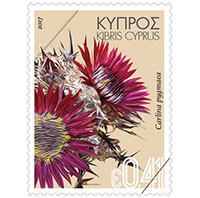 The Cyprus Post issue each year in addition to the series with a permanent theme (Europe, Christmas), commemorative series that derive their subjects from a wide range as well as to commemorate important events, people or anniversaries. The form of postage varies and includes in addition to the traditional stamps, self adhesive stamps, miniatures, booklets, aromatic stamps and much more. ούρες, τευχίδια.

The stamp albums include all issues of the year whilst special albums also include the First Day Covers (FDCs).
During 2011 they have been upgraded to a new,  luxurious packaging with modern design.

Almost all issues are accompanied by FDCs with relevant design, with the stamps affixed and stamped with the special first day seal.

It is a relatively new product aimed primarily at children and teenagers. It includes an album for the storage of stamps, a luxury guide to new philatelists with useful instructions and information, philatelic tweezers and magnifying glass with integrated lighting and of course a variety of Cypriot sealed and unused postage stamps.

It is an interesting product with illustrations by the Cyprus flora and fauna whose value is printed by the stamp vending machine. 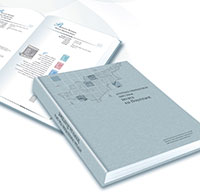 It is the pride of Cyprus Post since it is a memorable luxury edition consisting of 400 pages that includes the issue of Cypriot stamps from 1880 until 2004. This encyclopedia is a jewel for every library! 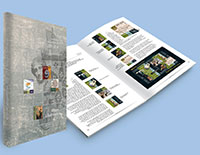 This is a complementary issue in addition to the initial one, covering the period 2005 until 2014. Together with the first volume, they provide with a full historical coverage of all Cyprus stamps until 2014.