Τhe icon of the Birth of Christ is found on the temple of the church of Panagia Odigitria, in Galata. it was hagiographed in 1930 by the monk and later abbot of the Holy Church of Stavrovouni, Dionysios, who came from Galata. There is a strong Russian influence in the hagiography of the icon. 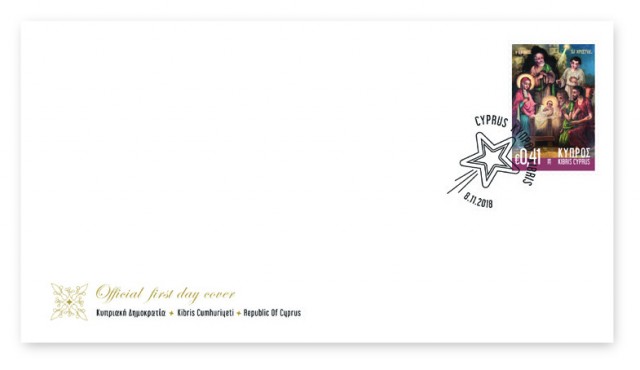 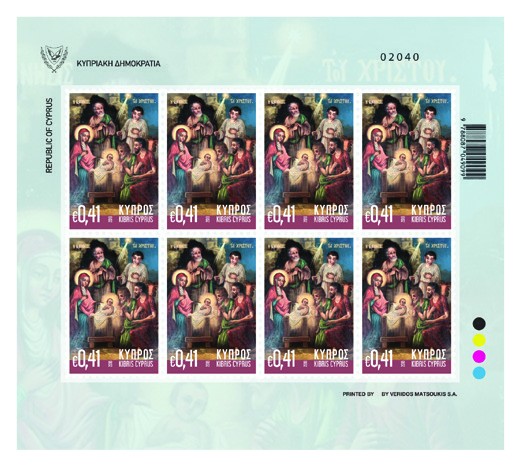 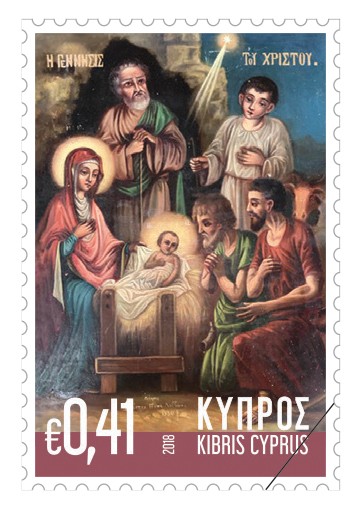 The icon of the Birth depicts the unspeakable mystery of the incarnation of God, by presenting in micrography the whole universe and all God’s creation. God, humans, angels, animals and nature are expressed with a mystical spirituality and strong light. This is why the black colour of the Cave is not shown.

Christmas is children’s favorite time. Having their most festive smile on, they either sing carols to friends and relatives or they play in the snow. The €0,34 and €0,64 stamps depict exactly this joy of the children for the most
magical and special season of the year. 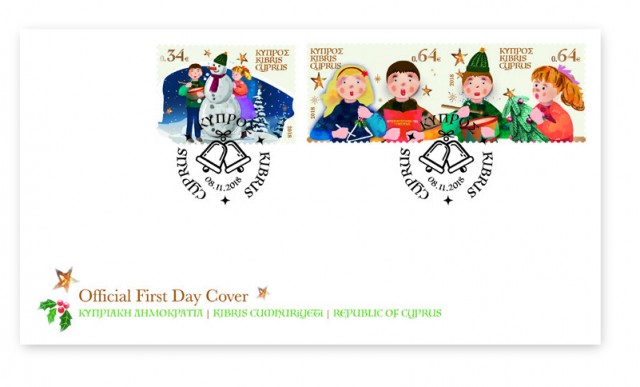 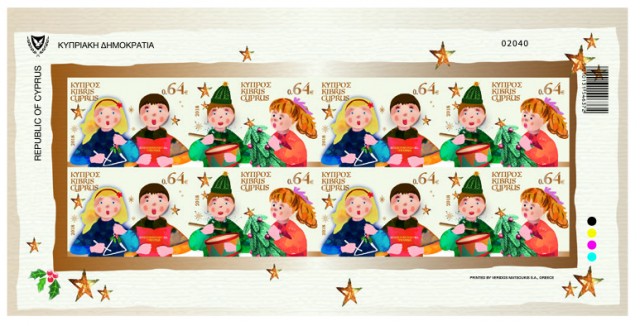 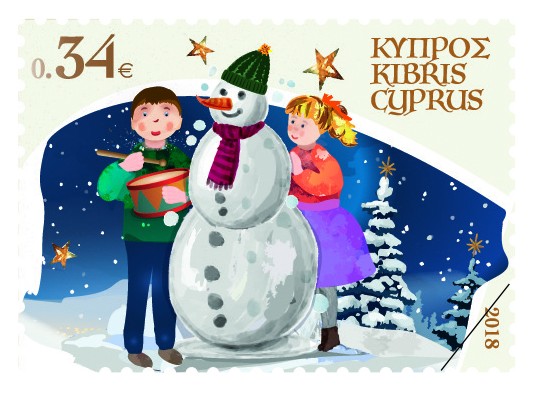