EUROMED 2020 Traditional Gastronomy in the Mediterranean 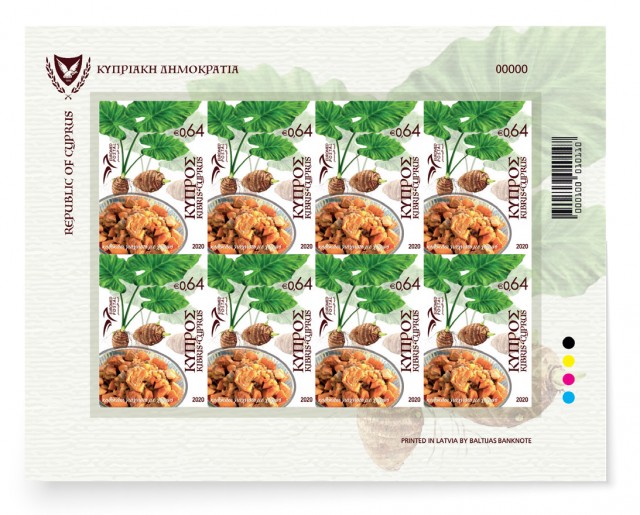 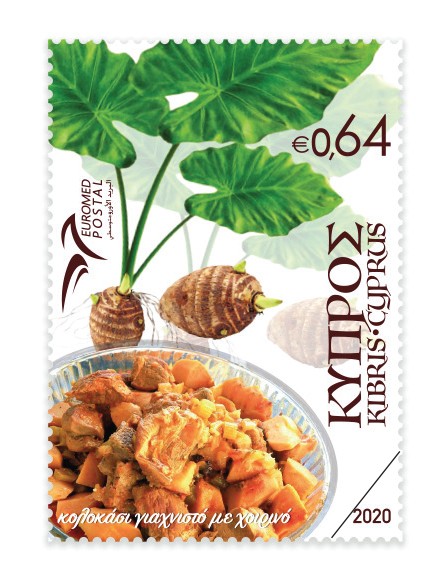 For the seventh consecutive year, Member States of the Postal Union for the Mediterranean "Euromed Postal" issue a stamp with a common theme. This year's theme is "Traditional Gastronomy".

With its characteristic conical shape and special taste, kolokasi is identified with the Cypriot Gastronomy and the whole culture of the island.

It has a high nutritional value and significantly shields the immune system. Kolokasi is rich in vitamins A and C, proteins, carbohydrates and contains fibres as well as amino acids.