The Post Office, soon after the independence of Cyprus in 1960 was given the name “Department of Postal Services”, which is in place until now. It is an integral Department of the Ministry of Communications and Works (today’s Ministry of Transport, Communications and Works).  On 16th August 1960, a commemorative stamp issue was circulated with 3 different nominal values in parallel with the definitive (common issue) of 1955 which was overprinted with the words “Republic of Cyprus” in Greek and Turkish.  In November 1961, Cyprus became of full member of the Universal Postal Union (UPU) with active participation in its activities.

Emphasis was given to the development of the postal services from the first moment of the independence of the island.

This development took the form of the establishment of Post Offices and Agencies in every part of Cyprus to ensure the provision of adequate postal service. 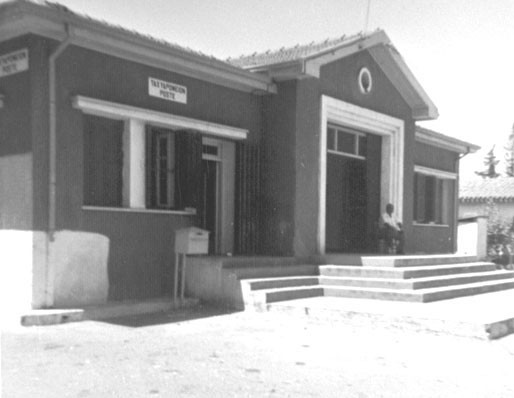 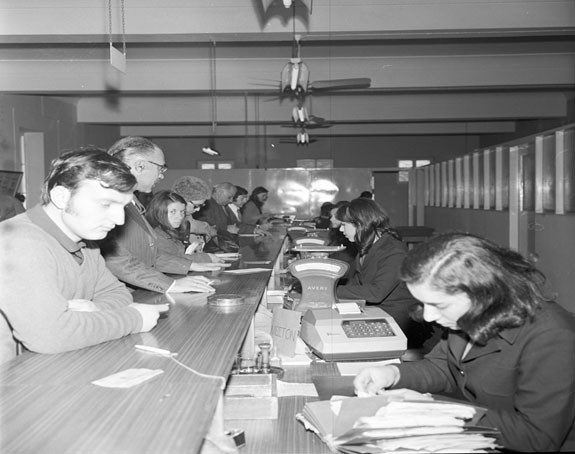 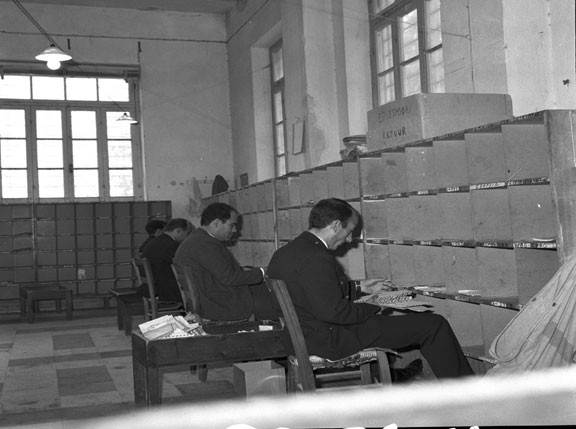 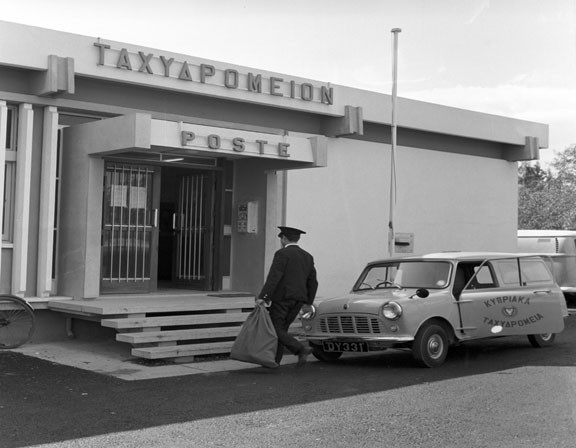 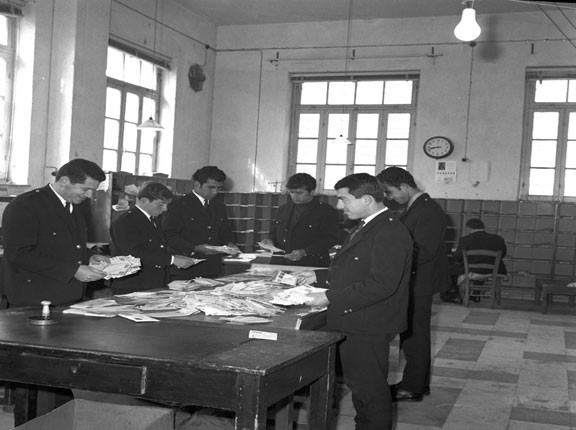 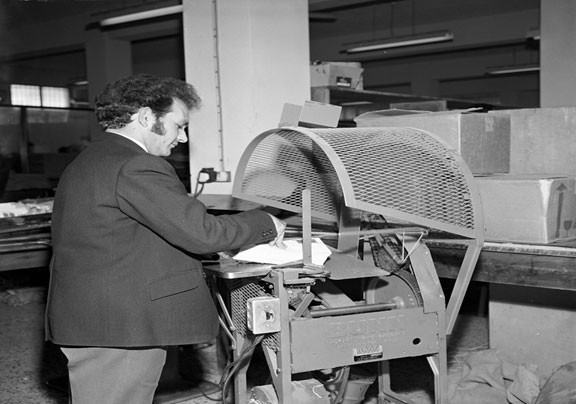 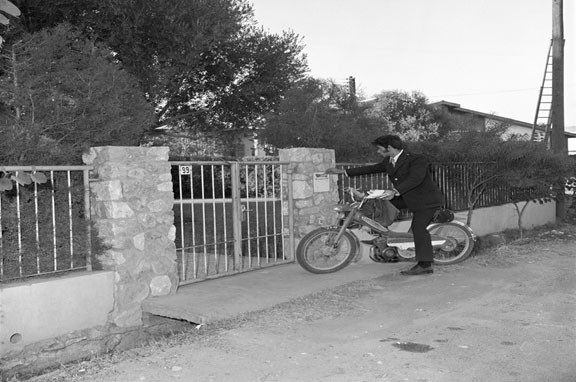 The various means and equipment used were modernized.

In 1974, the year of destruction of Cyprus, the Department was severely affected by the Turkish invasion.

It lost a significant part of its property and equipment. Nearly half of the postal network was lost to the Turks, as 16 Post Offices are still under occupation today and in addition some of its people are in the list of the missing persons.

The government had the burden of the immediate reconstruction and reorganization of the state. A Refugee Fund was formed to provide assistance to the refugees. The 5 mils stamp of the 1971 definitive issue was overprinted with the value of 10 mils and therefore became the first “refugee stamp”. 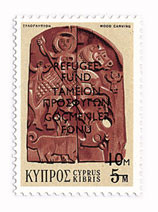 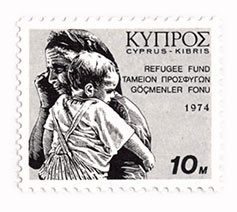 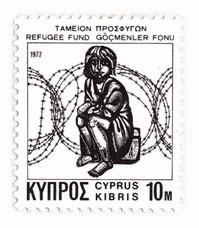 On 2nd December 1974 a new version of the refugee stamp circulated depicting a mother and her child as shown in the picture. In 1977 the refugee stamp took the form we all know today with the “child sitting behind the barbed wire”. Until today, every postal item must have a refugee stamp affixed in addition to the postage stamps and the revenues are now deposited in the state fund.

On 21st October 1981 the Postal Museum began its operation. The museum houses the postal history of Cyprus from the Venetian era and among its exhibits one can see weight scales, letter boxes, stamps etc. It is located at Agiou Savvas Street in the old quarters of Lefkosia.

In October 1983 the Department launched EMS Datapost International Courier Service in order to satisfy the demand by the business community.

In 1992, the Department became one of founding members of the International Post Corporation (IPC) and in 1993 the founding member of PostEurop, the Organisation of Europen Public Postal Operators.  Both organizations, which are restricted unions under the UPU, coordinate and represent their members with actions and interventions in international fora aiming in the improvement and development of the postal services at both European and international level.

On 1st October 1994, the postal code was introduced in order to simplify the mail sorting process and speed up the delivery. 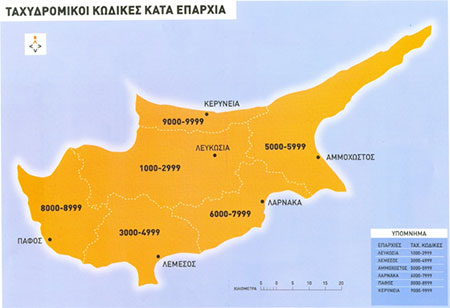 In 2000, the Mail Sorting Center (KEDA) located in Latsia, began its operation. This was one of the most important milestones in the history of the Department.

In 2001, a modern automatic mail sorting machine was installed. Together with the use of the postal code, they helped the Department to make a breakthrough into the 21st century. The sorting center was built using the BOT method and its official opening was held in April 2001 by the Minister of Communications and Works Mr Averof Neophytou.

In 2002, the Department was preparing for the forthcoming accession in the European Union. In this respect, the national legislation was harmonized with the European Directive 97/67/EC with the adoption of the Regulation of Electronic Communications and Postal Services Law of 2002 (N.19(I)/2002).

In 2003, the new Office of Exchange located at Larnaka Airport began its operation. At the same time, a computerized system was installed for the issuing of the accompanying dispatch documents as well as for the dispatch pre-advise.