The Republic of Cyprus in the European Union (2004-today)

After a long and challenging effort, Cyprus became a member of the European Union. The Department had to operate in a new environment, facing new challenges such as the gradual liberalisation of the market, the electronic substitution of the traditional mail, the need for upgrading of the services offered and the introduction of new services in response to the needs of the market. At the same time, it had to ensure that its services were cost oriented.

Within these conditions, there are a number of significant milestones to observe.

In 2006, the Department adopts the trade name “Cyprus Post” and the new logo which depicts the postal horn and the emblem of the Republic of Cyprus.

In 2011 the logo was altered taking the form used today.

In 2004, the Regulation of Electronic Communications and Postal Services Law (N.112 (I)/2004) was adopted which fully harmonized the national legislation with the two European Directives, namely 97/67/EC and 2002/39/EC.

According to the above law, Cyprus Post was appointed as the universal postal service provider with the responsibility to provide postal services of specific quality, in all areas of the Republic, in uniform and affordable prices. The new law substituted most of the articles contained in the Postal Services Law, Cap. 303, which however is still in effect.

The need to develop a strategic plan was more than obvious. It aim was to adapt to the new conditions, to make effective use of the human capital and utilize modern technology and equipment.

In 2007, the Accounting/Costing system named “ZENON” (after the Post Office’s patron Saint), was installed giving the ability to calculate the cost our products and services based on the principles of the Activity Based Costing.

At the Office of Exchange, the Mail Sorting Center and the main Delivery Units, modern RFID diagnostic equipment was installed to monitor the quality of the mail delivery. The project was funded by the Quality of Service Fund of the UPU.

In 2009 the Post Office at Tseri began its operation.

The home delivery capacity was further enhanced with additional personnel which resulted in the significant increase of the percentage of mail delivered according to the quality standards. At the same time, the mail home delivery was extended to all the communities with a population of over 200 inhabitants.

Another important milestone in the history of Cyprus Post was in November 2009 when the collaboration with MoneyGram, one of the leading international money transfer companies, started. It was the first strategic collaboration with a private company which contributed to the upgrade of the technological infrastructure of our Post Offices as well as the enrichment of our service portfolio.

During 2009, Cyprus Post introduced personalized stamps adding another innovative service in its portfolio. 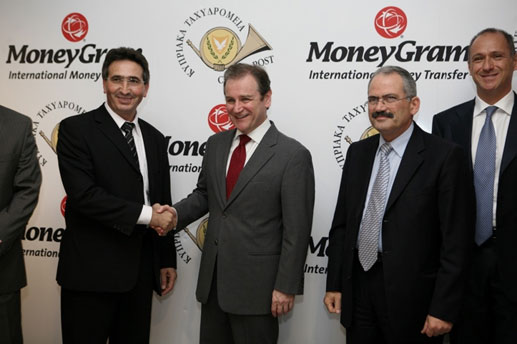 In 2010, the Post Office network was expanded with the addition of two new regional Post Offices, namely the ones in Kiti and Pegeia. The expansion of the network in rural areas was part of Cyprus Post’s policy to improve the services offered to the rural communities with significant increase in the number of permanent residents as well as tourists.

“ZENON”, the accounting and costing system was further expanded and improved so that it was available at the 10 largest Post Offices. As a result, the accounting functions were decentralized.

A 5-year plan to improve the owned premises was implemented. The aim was to introduce a standardized appearance and functionality securing suitable access to people with disabilities.

In 2011, Kokkinotrimithia Post Office started its operation, offering upgraded services to the people of the community and the surrounding areas.

A new and modern uniform for line staff was introduced, strengthening the corporate identity of Cyprus Post.

The Postal Academy was established. It is housed at a fully equipped training room at KEDA named after late Andreas Soteriou, who offered valuable services to Cyprus Post. A wide spectrum of training programs is offered by internal and external trainers.  Furthermore, funding for training programs was secured through the Foundation for the Management of European Lifelong Learning Programmes.

Cyprus Post became a founding member of the “Postal Union for the Mediterranean”, which is a restricted union under the UPU, with a mission to strengthen the relationship among the postal operators of the Mediterranean.

During the same year, at the PostEurop Plenary held in Turkey, the Cyprus €0,68 stamp of the “Europa” series won the first prize as the best “Europa” stamp of the year. 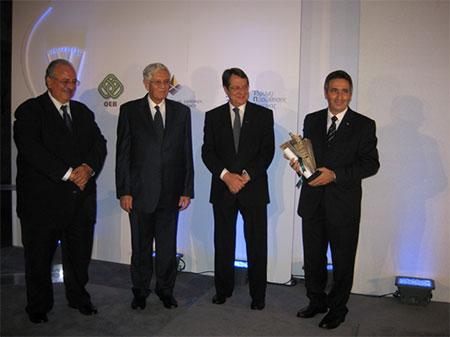 In 2012, Cyprus Post became one of the first public service departments to implement a GPS vehicle fleet management program.

Cyprus Post also implemented energy conservation programs based on the guidelines of the Energy Service of the Ministry of Commerce and Industry.

Particular emphasis was also given to the upgrade of the health and safety conditions at the workplace.

During 2012, the mail sorting machine was upgraded and its useful life was expanded until 2020.

Cyprus Post lead the way once more by operating a 24/7 Call Center, a service which was outsourced to the private sector following an open tender process.

Parcel24, another innovative service was introduced in 2012, a year full of activities. Parcel24 operates automated parcel lockers in Lefkosia, Larnaka and Pafos for the delivery of postal items, 24/7. Cyprus Post won the Innovation Award of the Employees and Industrialists Organisation for this project. The prize was handed over to our Director by the President of the Republic during a glamorous awards ceremony.

During the World Congress of the UPU held in Doha, Qatar, Cyprus Post won the silver medal in the category of countries that issue less than 30 stamps per year during the 9th competition held under the Union’s auspices.

A new regional rural Post Office was established in Ypsonas.

In 2012, the item arrival notification issuing system was upgraded, enabling the notification by SMS for all bar coded items.

During the same year, Cyprus Post won the gold medal in the 10th International Postage Stamp Competition in the category of the countries issuing less than 30 stamps per year.

The Regulation of Electronic Communications and Postal Services Law of 2004 (N.112 (I)/2004) was amended, harmonizing the national legislation with the Directive 2008/6/EC that abolished the exclusive areas of the universal service, thus fully opening it to competition. As of 1st January 2013 the Cyprus postal market was liberalized and Cyprus Post was appointed as the universal postal service provider until the end of 2028.

2014 was another year of intense activities. On 1st August, on the basis of audited costing results, a new postage pricelist was introduced, replacing the one that was in place since 2003. The new pricelist was in line with the international postal trends and standards.

Furthermore, PostExpress, a local courier service was launched in cooperation with Kronos Express, which was selected after an open invitation for collaboration proposals.

Another important milestone that marks Cyprus Post’s history is 2015 was the introduction of the Citizens’ Centers (KEPO), at the District Post Offices in Lefkosia, Lemesos, Larnaka and Pafos. It was a strategic decision to bring the public service closer to the citizens by taking advantage of the proximity of the Cyprus Post’s network as well as its customer oriented culture. αποτελεί ένα ακόμη σημαντικό σταθμό στην ιστορία μας.

In December 2017, the first rural Citizen Center in Agros was inaugurated by the President of the Republic. 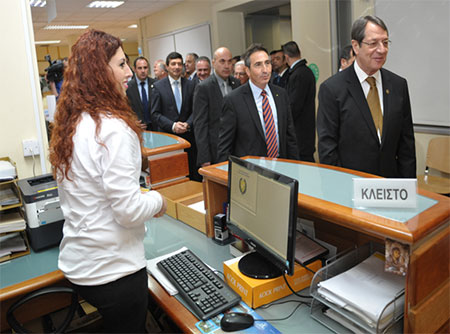 Cyprus Post continue their activity with dynamism and optimism facing the challenges. Their tradition role is changing rapidly as technological progress is astonishing. Traditional mail volumes drop and at the same time, e-commerce is the driving force for global economy. Cyprus could not be an exception, with ecommerce figures growing rapidly.

Cyprus Post redefine their role, remaining one of the key players for the economic, commercial and social development of Cyprus.